The new program aims to promote the use of mobile remittances in marginal rural areas in five African countries: Ghana, Kenya, Senegal, The Gambia and Uganda.

Mobile remittances – the money that migrant workers sent home through digital channels using mobile technology – can play a catalytic role linking individuals and businesses to the formal economy, while providing access to key financial products and services such as transactions, credit, insurance, payments or savings that can boost their own social and economic wellbeing.

This €1.2 million two-year grant is funded by the European Union through the IFAD-managed PRIME program. This public-private partnership will help MFS Africa and its partners unleash new and untapped markets in marginalized rural communities where mobile remittances can provide significant social and economic benefits to some of the poorest people thanks to lower transaction costs coupled with safer and more easily accessible remittance services. MFS Africa and its partners are co-funding the grant with €0.64 million.

“MFS Africa is a great partner in our efforts to serve marginalized rural areas and leaving no one behind,” said Jyostna Puri, Associate Vice-President of the Strategy and Knowledge Department of IFAD. “What MFS Africa is doing is scalable. This grant is an investment to develop a model linking mobile remittances and financial inclusion that can be scaled up across Africa, and benefit not only remittance families but also their communities,” added Puri.

Despite its staggering growth since the start of the pandemic, mobile remittances only represent 3% (US$16 billion) of the total remittances sent home by migrants to their families living in low- and middle-income countries.

“In order to change habits and attract people to digital and formal sending channels, it is vital to provide consumer awareness and education on both sending and receiving sides, particularly in rural areas. But these activities do not offer immediate financial returns and are very resource intensive for service providers,” said Pedro de Vasconcelos, Manager of the Financing Facility for Remittances at IFAD.

“Transferring money internationally should be as easy and as affordable as making a phone call. We look forward to growing the digital remittances market by increasing the diversity of actors and competition. This will ensure that African consumers have access to cost-effective and sustainable means of sending money,” said Nika Naghavi, Executive Director of MFS Africa.

Mobile remittances are expected to grow in the coming years and promise to lead a much bigger and impactful digital revolution in Africa as long as women and rural people are part of it.

“IFAD support will help us enhance the financial resilience of the African diaspora and their families back home by unlocking the challenges in the remittance value chain, covering both the sending and receiving sides,” said Naghavi

This is the first partnership announced as part of IFAD’s involvement with the Evolve Programme, an initiative that includes the African Export-Import Bank (Afreximbank) and CNN International Commercial aimed at empowering and telling impactful stories, through a series of branded content, about emerging and expanding scale-ups across Africa.

The grant will benefit all those individuals and businesses along the remittance value chain and increase transparency and encourage competition, especially in corridors often overlooked by traditional money transfer operators due to low volume.

MFS Africa Limited is a pan-African omnichannel payments company which enables interoperable domestic and cross-border payments. The company connects enterprises, mobile money operators, money transfer operators, banks, non-bank financial institutions, and online and offline merchants to each other and to more than 400 million mobile money wallets in over 35 African countries. MFS Africa enables domestic and cross-border disbursements and collections across its network of networks.

Remittances play a key role in the fight against poverty and hunger.
Despite the global recession due to the pandemic, global remittances, the hard-earned money sent by migrant workers to their family members in low- and middle-income countries (LMICs), grew again by 8.6 per cent in 2021, spurred on by mobile remittances.

– In 2021, remittances flow to LMICs (US$605 billion) more than tripled the total amount of international official development assistance (US$178.6 billion).
– Money sent home by over 200 million migrant workers around the world this year is expected to reach US$630 billion in 2022, providing a lifeline for more than 800 million family members.

– Remittances remain a crucial financial inflow for African households, with around US$94 billion received yearly from African migrants around the world.
– It is estimated that 50% of remittances worldwide go to rural areas.

– About 75% of remittances are used to make ends meet: buy nutritious food, pay health expenses, housing, or education; the rest is used to support entrepreneurial activities, access to savings and credit, leading to financial independence. 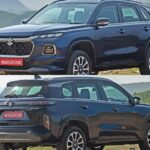