The review of IMF released today stated that CBS is disclosing on its website the information on legal structure, mandate, and some key elements of risk and human resource management, accountability, and anti-corruption arrangements.

“To better support the public’s perception of the CBS as a well governed institution, it should consider highlighting these aspects in its annual report, and/or provide additional information on its website, particularly on human capital management, anti-corruption policies and decision-making arrangements,” IMF review stated.

The IMF review also stated that the CBS could also improve the accessibility of the information on its internal governance arrangements by overhauling the respective sections of the Annual Report and its website and proceeding with the publication of its Code of Conduct and Ethics.

“The legal mechanism for confidentiality issues has been established but the dissemination and disclosure of the confidentiality framework could be enhanced. The CBS discloses basic information on its AML/CFT supervisory powers and policies, as well as on its related internal control framework, but disclosures on the processes and outcomes of its AML/CFT external policies and internal controls are limited,” said IMF’s CBS Transparency Code Review.

Going forward, the CBS will benefit by ensuring the alignment of its transparency practices with the new powers and functions acquired under recently adopted and forthcoming legislative acts, according to IMF review.

“In the last few years, the CBS’s regulatory powers have been substantially expanded with the adoption of AML/CFT Act and Financial Consumer Protection Act. Moreover, the forthcoming Financial Stability Act is expected to provide a transparent legal basis for the CBS’s (and other financial sector regulators) actions on financial stability. These legislative acts will require an expansion of the CBS’s transparency practices so that the related CBS activities continue to be appropriately disclosed to stakeholders,” said IMF’s CBS Transparency Code Review.

The review is intended to allow the CBS to evaluate its transparency practices, aimed at identifying its strengths and areas for improvement. The review maps CBS’s transparency choices compared to a range of practices across three categories (core, expanded and comprehensive), as detailed in the Central Bank Transparency Code, covering transparency in: (i) governance; (ii) policies; (iii) operations; (iv) outcomes; and (v) official relations. IMF in its review stated that the review aims to help the CBS in further strengthening the dialogue with the stakeholders and finding the proper balance between independence and accountability. 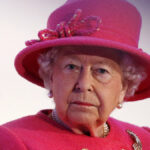 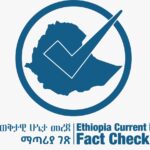