In a presidential statement, the 15-member body condemned “all attacks by local and foreign armed groups that threaten the population as well as peace and stability” in a country that has seen significant ethnic conflict in its north, an overflow of violence from neighbouring Chad and Sudan’s war-torn Darfur region, and attacks in the east from the brutal rebel Ugandan Lord’s Resistance Army (LRA).

“The Security Council calls upon the Government of the Central African Republic and all national stakeholders to continue their efforts to move forward expeditiously with the preparation and conduct of free, fair, transparent and credible elections,” the statement said. The first round of the polls is scheduled for 23 January.

It acknowledged progress made so far in the disarmament, demobilization and reintegration (DDR) of former combatants, calling on “all politico-military groups to take the necessary measures for a transparent and accountable completion” of the process and on the Government to quickly implement a national reintegration strategy for former fighters with the transparent funding “critical to the programme’s long-term success.”

The Council stressed the need for the Government to revive efforts to reform the security sector and address widespread impunity, and commended regional States for their increased cooperation in dealing with the LRA threat.

It hailed the work of the UN peacebuilding office in CAR (BINUCA), which has been assisting with reconciliation, the DDR process, electoral and other efforts to restore state authority throughout the country, security sector reform and the promotion of the rule of law and respect of human rights.

On Secretary-General Ban Ki-moon’s recommendation the Council has extended BINUCA for another year until 31 December 2011.

Mr. Ban’s Special Representative for CAR, Sahle Work-Zewde, warned the Council last week that that despite relative stability in the capital, Bangui, and the south-western region, eastern areas remained prone to persistent acts of banditry, attacks by foreign armed groups, including the LRA, and local politico-military factions that are not part of the peace process. 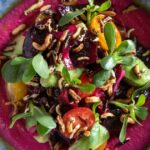