The government of Ethiopia (Amharic: የኢትዮጵያ መንግስት, romanized: Ye-Ītyōṗṗyā mängəst) is the federal government of Ethiopia. It is structured in a framework of a federal parliamentary republic, whereby the prime minister is the head of government. Executive power is exercised by the government. The prime minister is chosen by the lower chamber of the Federal Parliamentary Assembly. Federal legislative power is vested in both the government and the two chambers of parliament. The judiciary is more or less independent of the executive and the legislature. They are governed under the 1995 Constitution of Ethiopia. There is a bicameral parliament made of the 108-seat House of Federation and the 547-seat House of Peoples’ Representatives. The House of Federation has members chosen by the regional councils to serve five-year terms. The House of Peoples’ Representatives is elected by direct election, who in turn elect the president for a six-year term.

The Federal Parliamentary Assembly has two chambers: the House of People’s Representatives (Yehizbtewekayoch Mekir Bet) with 547 members, elected for five-year terms in single-seat constituencies; and the House of the Federation (Yefedereshn Mekir Bet) with 110 members, one for each nationality, and one additional representative for each one million of its population, designated by the regional councils, which may elect them themselves or through popular elections.

The president and vice president of the Federal Supreme Court are recommended by the prime minister and appointed by the House of People’s Representatives; for other federal judges, the prime minister submits candidates selected by the Federal Judicial Administrative Council to the House of People’s Representatives for appointment. In May 2007, the Ethiopian Federal courts received the Technology in Government in Africa (TIGA) award that is provided by Economic Commission for Africa (ECA) and the Canadian e-Policy Resource Center (CePRC).[1] 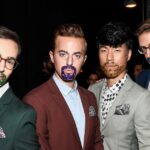