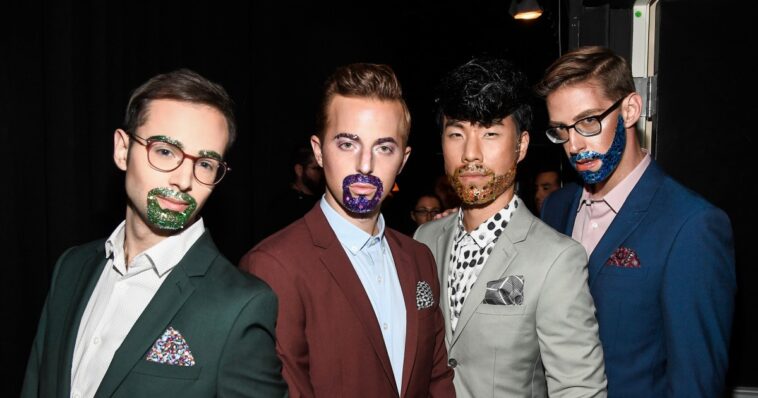 The YouTube group The Try Guys said Tuesday that co-creator and executive producer Ned Fulmer will no longer work with the group, an announcement that came shortly before Fulmer said he had engaged in a relationship with an employee.

In a statement posted to Instagram and Twitter, The Try Guys said the decision had been made to part with Fulmer after an internal review.

“We do not see a path forward together,” the statement on The Try Guys’ official Instagram account, which has 1.5 million followers, said. “We thank you for your support as we navigate this change.”

Fulmer said in a statement posted to his verified Twitter account that he “lost focus and had a consensual workplace relationship.”

“I’m sorry for any pain that my actions may have caused to the guys and the fans but most of all to Ariel,” Fulmer wrote, referring to his wife, Ariel Fulmer. “The only thing that matters right now is my marriage and my children, and that’s where I am going to focus my attention.”

Ariel Fulmer shared a statement on her Instagram account thanking “everyone who has reached out to me.”

“Nothing is more important to me and Ned than our family,” she wrote. “All we request right now is that you respect our privacy for the sake of our kids.”

The announcement comes as internet speculation has swirled in recent days around the group and Fulmer after fans started to notice Fulmer’s absence in recent videos. Fulmer hadn’t appeared in the three most recent videos on the main YouTube channel, which has more than 7.8 million subscribers. He hadn’t been in recent podcasts or on The Try Guys’ Instagram account, either.

The Try Guys are a group of four men — Fulmer, Eugene Lee Yang, Keith Habersberger and Zach Kornfeld — who rose to popularity on YouTube for their vlog-style review videos where they would try things like sampling entire menus at popular food chains or a machine that simulates the pain of giving birth. Their success has launched books, a Food Network TV series, merchandise and media ventures. As their fan base grew, the leads introduced their partners and families into their content, including Fulmer’s wife, who appears on a podcast with the other partners of the group members. She, too, has been conspicuously missing from the most recent episodes.

The scandal joins a series of high-profile cheating allegations aimed at celebrity men, which have been exposed and dissected on social media. Most recently, singer Adam Levine was accused of cheating on his wife after an influencer came forward on TikTok about the situation (a source close to Levine denied he had sexual relations with any of the women who have recently come forward). The screenshots of the direct messages Levine is purported to have sent have since become a meme, and the reaction to Fulmer has followed a similar pattern. Boston Celtics head coach Ime Udoka was suspended for the season by the team after The Athletic reported he had an “intimate relationship” with a woman in the organization,and the internet chatter around the news quickly devolved into similar speculation. Udoka apologized to the team, Celtics fans and his family, but did not comment on the allegation of a workplace relationship.

On Reddit, where fans congregate into forums called subreddits, The Try Guys have a modest subreddit following of 20,000 people. At various points Tuesday morning and early afternoon, upward of 40,000 people were actively perusing the forum, as new posts and rumors flooded the page, according to the subreddit’s “about” section. Even model Chrissy Teigen, who has more than 13 million Twitter followers, asked for a synopsis of the drama. The Try Guys were a trending topic on Twitter on Tuesday.

Some on social media have likened Fulmer to John Mulaney, a comedian who frequently talked about his relationship with his wife in his stand-up act only to split from her in 2021 and have a baby with actor Olivia Munn.

Fulmer, like Mulaney, frequently referenced his relationship with his wife, with whom he has two children.

“The john mulaney divorce was for millennials and the ned try guys divorce will be for gen z,” one viral tweet said.

Kat Tenbarge is a tech and culture reporter for NBC News Digital. 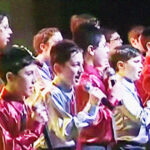